When most of us learned in first grade that smoking cigarettes isn’t cool, it stuck. But, when smokeless vaporizers came out in all sorts of cool styles and colors, with all sorts cool flavors of e-juice, a new type of smoking suddenly became cool.

Today, all sorts of celebrities have replaced cigarettes with vaporizers, and as always, they look unendingly cool vaping. Here is our nine favorite cool people who vape that choose to chase clouds instead of light up.

There is no better candidate for the top of this list than Leo. After brazenly vaping through this season’s award shows, everyone’s favorite new Oscar winner has demonstrated the proper way to look classy while puffing on a vaporizer. For better or for worse, Leo’s vape-gate has started new conversations about vaping which may lead to better protectors for both the vaping and non-vaping public.

His old Myspace profile aside, Tom Hardy is a serious actor with a serious sense of style. Since adopting a vaporizer (in a chivalrous attempt to quit smoking for his new son) Hardy has almost single-handedly managed to make the hobby more masculine. In other hands, e-cigarettes and mods may look geeky or delicate, but Hardy’s firm, meaty grasp on his device demonstrates how a real man kicks the nicotine habit.

Whether she is spouting truths on her social media profiles, defying fashion with onesies and novelty jackets, or acting professionally in movies and photo-shoots, Cara Delevingne shows that fame isn’t stopping her from being real. This un-self-consciousness translates to an effortless cool that is only enhanced by her adoption of vaping. She uses a small, inconspicuous pen that produces astounding clouds ― an apt metaphor for the model’s own impact on culture.

No one would ever call Sarah Silverman shy, especially when it comes to her favorite accessory: her vape pen. The most outrageous woman in comedy was one of the first celebs spotted with a vaporizer at a high-profile event when an interviewer discovered the device in the comedian’s clutch on the 2014 Emmy’s red carpet. Though Silverman brushed off the find with a characteristic joke, her brazen display of her dainty vape pen definitely makes her a cool vaper.

Somehow, after 28 years as a celebrity, Johnny Depp has never lost his cool. With a long-held reputation as a bad boy, it should be no surprise that Depp has been addicted to nicotine for most of his life. However, recently, he has transitioned from tar- and toxin-filled cigarettes to vaporizers. In fact, Depp was one of the pioneers of on-screen vaping by using an e-cig in his 2010 film “The Tourist.”

Everyone’s favorite zombie killer from “The Walking Dead,” Norman Reedus goes in and out of vape shops like regular people pick up groceries. It seems his favorite tools are e-cigarettes ― which he might find it easier to order online ― which he confessed to using as a cigarette cessation device. However, the actor’s recent acquisition of a beautiful mod seems to confirm his commitment to the hobby.

Hot and cold on tobacco, Katy Perry alternates between smoking regular cigarettes and the electric variety when she is out on the town. Though most vapers avoid tobacco after making the switch to flavorful e-liquid, which doesn’t damage taste buds the way traditional cigarettes do, Katy must see both forms of smoking as a part of her. 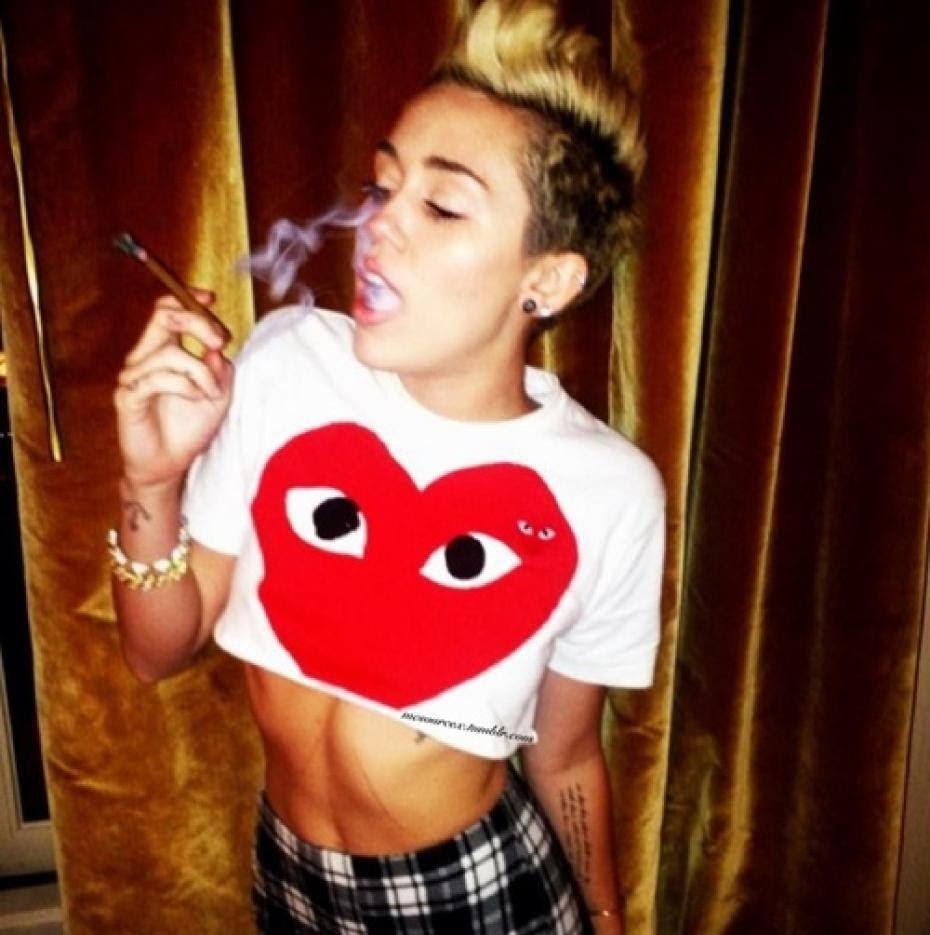 Miley Cyrus has put some serious effort into distancing herself from her childhood alter ego, and now few associate bright-eyed Hannah Montana with the impetuous starlet. Miley, like any young rebel, isn’t apologetic about her vices, which ranges from her innocuous vaporizer to more illicit substances. Already she has expressed outrage at poor, old Leonardo DiCaprio, who lacked the etiquette to pass his vape around at SNL40 ― a serious oversight amongst the young, laid-back vaping crowd.

Though the Foo Fighters haven’t topped the charts since the ‘90s, Dave Grohl remains one of the most influential musicians in the industry. He is always willing to provide smart insights into industry goings-on, from EDM’s dominance to Taylor Swift’s choice to leave Spotify. Thus, for music fans everywhere, Grohl remains extremely influential. Hopefully, the ex-Nirvana stickman’s love for vaping will inspire others to let go of traditional tobacco and find a vaporizer of their own.