Historians are unsure as to the exact origins of the game “bingo”. History is littered with inconsistencies and vague accounts of the game, after all, gambling has been around in many forms for thousands of years, and so it’s possible that bingo derived from some other kind of game. 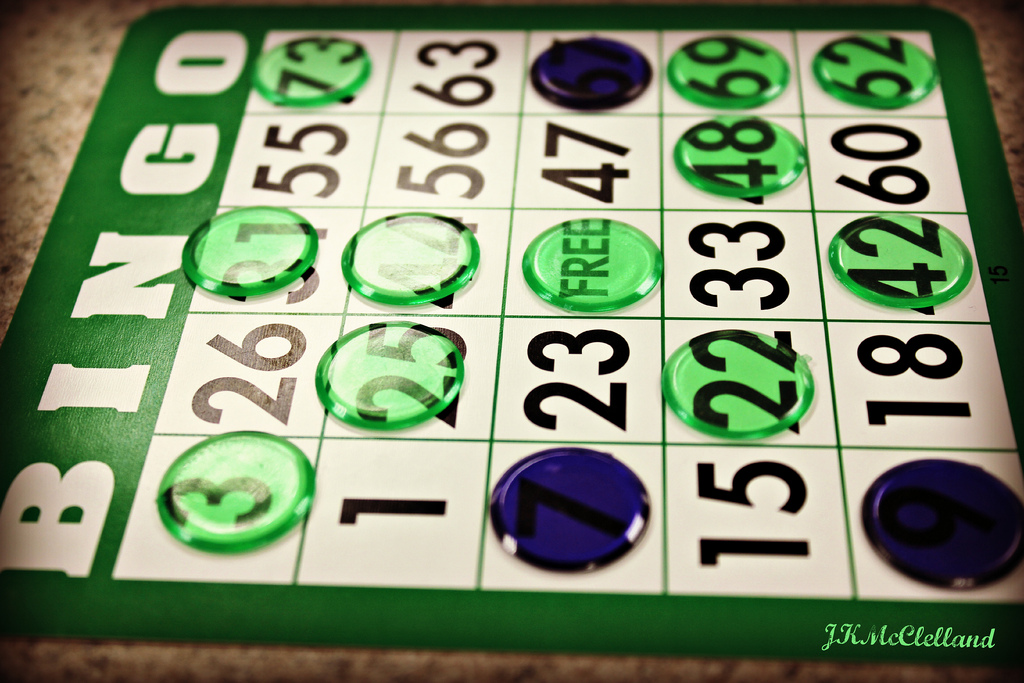 However, legend has it that the modern game of bingo originates from a traditional lottery game played in Italy back in the 1500s, called the Il Giuoco del Lotto d’Italia. Having swept across Italy, the game later emerged in France where it was called “Le Lotto” and popular with wealthy merchants and the aristocracy. We know more about this game – it featured 27 squares across nine columns and three rows. Players would write random numbers from 1-90 in these squares, in a design that came to be adopted by modern bingo halls and online games. And just like today’s bingo, the French version would have a “caller” who picked out wooden tokens corresponding to a number between 1-90, reading it out aloud. The first player to cross out an entire horizontal line was declared the winner.

It wasn’t until the 1920s that the modern game of bingo first became popular in the USA. There, it was popularly known as “Beano”, and this was the word players would have to shout when they successfully crossed out a line of numbers.

At first, Beano wasn’t that popular in the US. But then a toymaker from New York named Edwin Lowe came across a group of people playing the game while attending a carnival in Georgia. The caller would pull out wooden disks with a number on it from a cigar box, and players would frantically search to see if the number was on their card, covering it with a bean if it was.

Lowe seemed fascinated by the game, and upon traveling back to New York he decided to make his own version. He gathered together a rubber numbering stamp, made some boards out of card paper, and found some dried beans to use as markers, and invited his friends to play. His friends loved the game just as much as he did, and that convinced him to open up the first bingo hall in the city.

It’s reported, though it can’t be confirmed, that one player at Lowe’s hall was so excited that he’d won he accidentally shouted “Bingo” instead of “Beano”, and that somehow the name stuck. By the 1940s, the game was incredibly popular and played in Bingo halls up and down the country, before migrating to the UK in the 1960s where it arguably become even more popular.

Today, bingo has come a long way from its humble beginnings as an Italian lottery game. More than three million people are thought to play in the UK’s bingo halls every week, and it’s popularity is increasing even more now that people can play bingo online. It seems there’s just something special about this unique and simple game that people just can’t stop playing it!