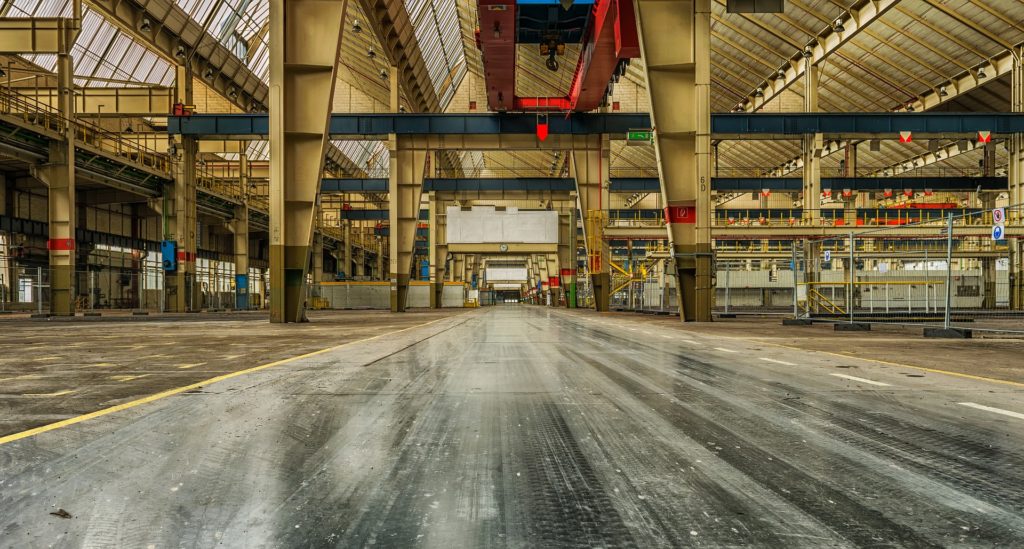 Boeing, Everett Washington
If you are going to build the world’s biggest airplanes you are going to need a big factory. One of several Boeing facilities the Everett plant is their biggest and one of the biggest factories in America. It was built over 50 years ago and covers 100 acres of land. This factory provides some tours for aviation enthusiasts but many parts remain off-limits due to security concerns. The Boeing plant at Everett has everything employees could need while building these high-tech aircraft including massive cafeterias with a range of options, a gym, and even multiple coffee shops (it is near Seattle after all.)

Target Import Warehouse
Though a bulk of its products are being manufactured overseas, Target is such a massive retailer that just their import warehouse is nearly 200 square acres. All that space to store and ship the millions of pounds of goods that are imported via this mega structure.  Makes you wonder how big the factories are that build all these goods!

Tesla Motors, Freemont California
While Boeing has been a jewel in the crown of American manufacturing for decades, Tesla is the new kid on the block but they are already making waves. Famous for their cutting edge electric and even self-driving cars, Tesla motors is a future facing company. Lead by famous billionaire and visionary, Elon Musk. Musk also heads up a famous space exploration company looking to explore the universe and colonize Mars. This cutting edge factory was build on an existing Toyota factory but now only assemblies Tesla cars. This factory produces Tesla’s full line of luxury electric vehicles.

Aalsmeer Flower Auction
Surprisingly the biggest factory in America doesn’t make anything, it just sorts flowers! “Just sorts flowers” may not be the correct term to use though, as this massive building takes flowers from countries all over the world and sorts them, cleans them, and prepares to ship them out so you can buy them for your love ones. The Aalsmeer Flower Auction is the largest building in the world and takes up a whooping 250 square acres. Thats nearly 3 times the size of the Boeing factory and Aalsmeer is dealing with flowers not jumbo jets.

While some items on this list may have been predictable like cars and airplanes, I’m guessing you did not predict the biggest factories in America to be sorting flowers or that Target’s import warehouse dwarfs most actual factories.  We hope American factories continue to prosper and who knows maybe there will be a new biggest factory on the list any day now!