The strength of schedule (SOS) is a measurement of opponents and the difficulty of each opponent that a team faces in their schedule. SOS is an important tool for picking the odds of a team’s success, but like anything that involves chance, it is not cut and dried. Here we look at some of the considerations that go into picking teams based on who they play.

Teams that Made the Cut 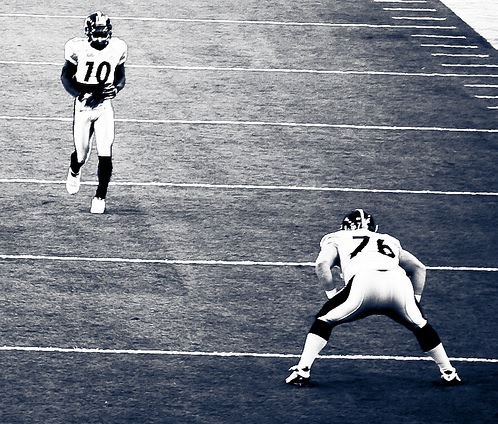 We know each of the sixteen teams that each franchise will play in 2015. One of the first things to look at is how many of those sixteen teams made it into the playoffs. The Steelers, for example, play against nine playoff teams during the 2015 schedule and 11 quality opponents. Atlanta, on the other hand, has what is considered the easiest schedule as they do not play against any teams that made the playoffs.

How Teams Rate When Playing

The NFL has its fair share of upsets. Another aspect to consider is whether or not the team you are considering plays well against weaker teams. This is a mind game for teams. How many times have we watched a championship team get destroyed because they underestimated a bottom-ranked team? So consider how your team fared against strong teams and how they fared against weak teams.

This is a vital concern because the strength of schedule is about strong teams playing weak teams with the assumption that a strong team is more likely to win over a weak team. However, remember that chance plays a huge role in the outcome of games: just ask the Cardinals about the Panthers. Another good comparison is how the Steelers play against weak teams.

Considerations for the 2015 NFL Season

Six teams face 11 quality teams in 2015 — those being Pittsburgh, Cincinnati, Oakland, Kansas City, Cleveland, and Denver. Whereas Dallas, plays against only six quality opponents, and Seattle and Arizona both play only eight games against quality opponents, yet both of these teams placed well in 2014. For all team stats in 2014 check out the NFL Team Standings.

Miami plays a tough season with ten quality opponents. They enter the 2015 season with a 0.492 percent of opponents win and a point differential of 128 points. This is a team to watch. They are ranked first by SOS. The second rank SOS team is Pittsburgh. They have a point differential of 512, and their opponent W/L stat is 147-107-2 with an opponent win stat of 0.579 percent. The third-ranked team by SOS is Cincinnati who like Pittsburgh faces 11 quality opponents.

Cincinnati has a point differential of 481 and opponents win percentage of 0.563. Their Opponent Win/Loss stat is 144-112-0 making Cincinnati and Pittsburgh super close. The Number four ranked SOS team is Arizona. The number five ranked SOS team is Seattle. The top five SOS teams are tight in comparison with the major difference coming down to quality opponents.

Who do you pick to win the Super Bowl for 2015 based on SOS?