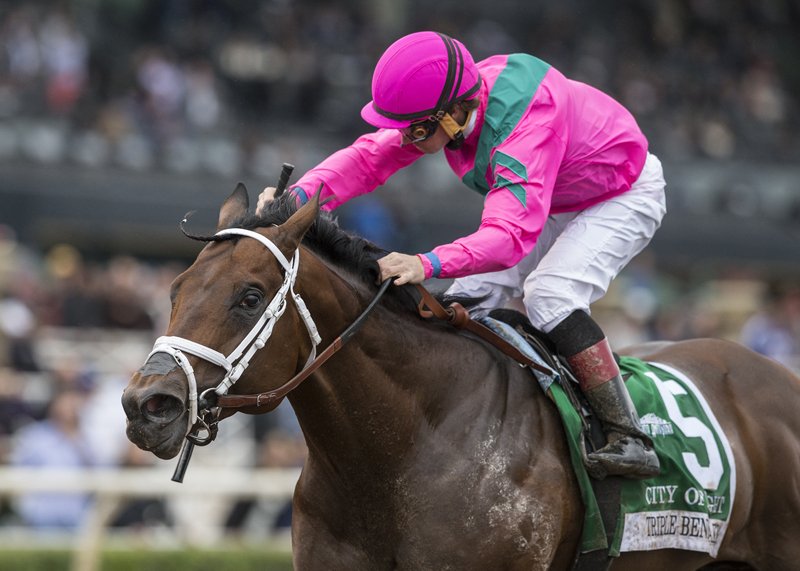 City of Light has proven his quality against Breeders’ Cup Classic winner Accelerate in the past and could be his rival’s main threat when they lock horns at the Pegasus World Cup. The four-year-old has won four of his seven races since making his debut at the end of last year and has the potential to become an elite competitor at the top of US Racing.

Michael McCarthy’s charge did not compete against Accelerate in the Classic, instead racing in the Dirt Mile where he claimed victory. However, he should be in line for another showdown against his rival and is backed in William Hill’s horse racing odds at 11/2 to notch the win, although Accelerate is considered the leading contender for the crown.

City of Light has been remarkably consistent over the course of the year and will take momentum into 2019. He began 2018 with a strong performance at the Triple Bend Stakes where he claimed a routine win over a competitive field at Santa Anita, edging over the line ahead of Bobby Abu Dhabi by one-and-a-half lengths. He carried that form forwards into his duel with Accelerate at Oaklawn in the Oaklawn Handicap.

Unsurprisingly, Accelerate was considered the favourite for the event, but City of Light proved that he was more than a match for John Sadler’s charge. It was City of Light who had the pace when it mattered most down the stretch, defeating his rival by a neck to clinch the victory. It was a statement performance from the bay colt, which enhanced his reputation heading into the next duel between the two quality horses at the Gold Cup at Santa Anita Stakes.

However, on this occasion, City of Light was unable to find his rhythm on the track. Accelerate issued a strong response to his defeat as he cantered away from the rest of the field. McCarthy’s charge was forced to settle for third place, five-and-a-half lengths off the pace of the winner. After a three-month break over the summer, the four-year-old endured the worst performance of the season, producing nowhere near his best form at Saratoga in the Forego Stakes. Outsider Whitmore claimed the win, punishing the American horse for a lacklustre display.

Javier Castellano took the reins for the first time entering the Breeders’ Cup Dirt Mile. Due to his poor outing at Saratoga, confidence in City of Light had fallen, and he was not considered the favourite for the title, although he remained a strong contender behind Catalina Cruiser. The four-year-old bounced back from his underwhelming performance with a dominant run at the Churchill Downs, using his speed down the stretch to pull away to triumph by a comfortable margin.

City of Light has the potential to knock off Accelerate in their showdown in the Pegasus World Cup, but will have to produce the flawless performance from his outing at Oaklawn to beat his rival. It will be a new track for both horses at Gulfstream Park in Florida, and the horse that adjusts best to the conditions will have the edge and path to victory.