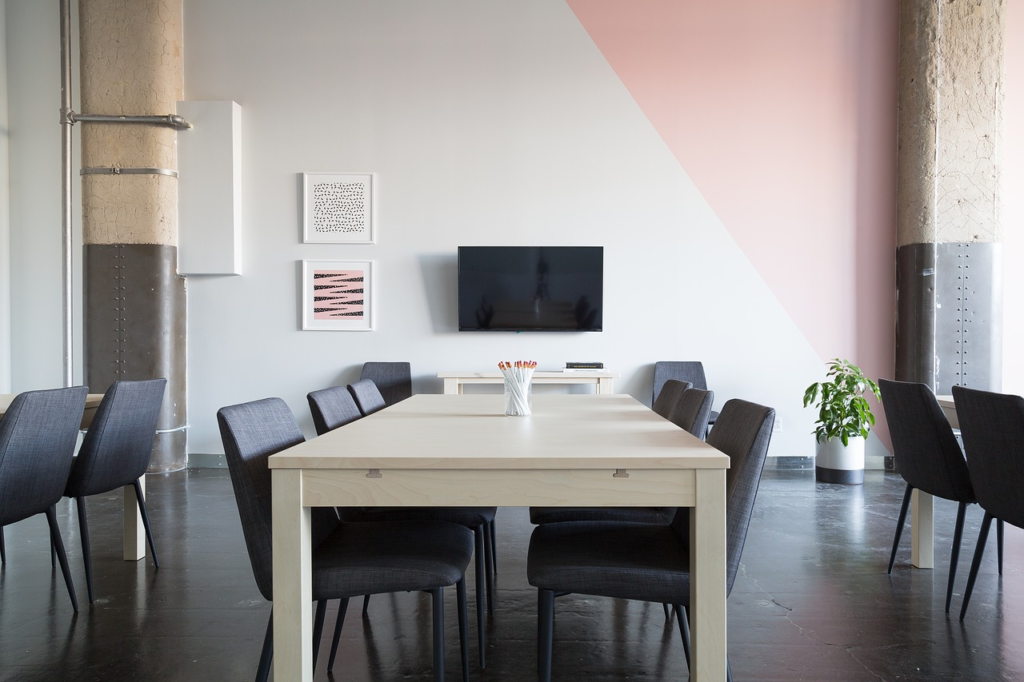 Picture this – you’ve just purchased a beautiful flat screen television, and you can’t wait to use it in your business establishment. A colleague mentions that you should mount it on the wall, but for some reason you can’t get behind that idea. After all, your television is precious, and having it dangling precariously on the wall isn’t something you want to risk. This situation is completely understandable, but it’s also important to note that there are many different advantages when it comes to mounting your television.

1.First and foremost, it isn’t dangerous

The biggest reason to not want to mount any television is because you might feel that your television could fall and get destroyed. Do you know that it’s actually more likely for your television to fall if placed on a TV table or even inside an entertainment cabinet? All it would take is one firm shake or a customer bumping it by accident for it to fall and crash down on the floor! It is actually the safer alternative to mount your television so that nothing short of an earthquake is going to compromise its integrity. Mounts are sturdy and very capable, so you don’t have to worry about a thing when it’s hanging from the wall. It’s completely safe and no-one is going to be bumping into it!

2.Wall mounted televisions are easier to position and watch

This goes without saying, but it’s also important to note how easy it is for a person who’s designing their establishment to place a wall-mounted television. They don’t require too much space; all they need is a wall. You can design the rest of the entertainment area from there, and it’s going to end up looking great no matter how you do it. There’s also the added benefit of being able to watch your shows without too much neck or eye strain. This because not only can you place it on any wall you desire, but you can also fix the mount so that it’s tilted a certain way. This ensures that no one who’s watching will suffer from any kind of physical strain.

The best part about mounting a television is how easy it is to actually install. You might think that there would be some heavy lifting, but it’s all a matter of following instructions to the letter. You’ll find that you’ve finished the job before you could even stress about how much effort it’s going to take.

As if that wasn’t enough, searching for the perfect TV wall mount is really easy. As a matter of fact it’s just a few clicks away. There’s no need to stress over possibly breaking your television because it’s mounted. The alternative is actually more dangerous. Allow your clients to enjoy television the way they deserve to experience it!